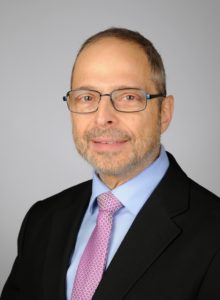 Rabbi Jeff Berger is an interfaith advisor, a broadcaster, a writer, a thought innovator, a public speaker, a chaplain, a pastoral carer, and a friend. Since 2018 he has been involved with Interfaith outreach and efforts to build bridges of understanding and compassion between and among Faith Leaders in the UK and further afield.

In 2016, Rabbi Jeff was an International Fellow in the KAICIID Programme. He had previously participated in the Ariane de Rothschild and the Cambridge Co-exist Leadership Programmes.

In 2009, Rabbi Jeff helped found the Rambam Sephardi Synagogue, supported by a growing community and a dedicated and committed Board of Honorary Officers. He served there for a decade as its spiritual and pastoral leader.

Originally from New York, Jeff, is among the first graduates of the Judith Lady Montefiore Semikha Programme, set up by the Spanish and Portuguese community, to train new centrist Orthodox rabbis for British Jewry. Previously he worked in international sales and marketing and met his wife Michie in Japan. He has advanced degrees in Business and Asian Studies.
Ashkenazi in origin, he and his wife, who have two children, attended the Spanish and Portuguese Synagogue in New York for several years before moving to London. “We became enamoured of the music, the tradition and the 350-year old history of the S&P,” he said. “We’ve dedicated many years to continue that relationship.”