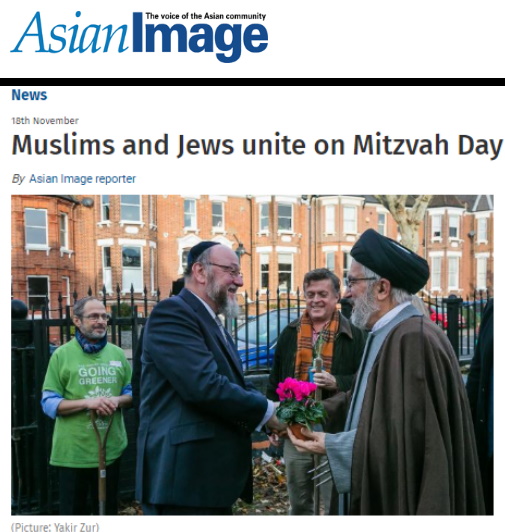 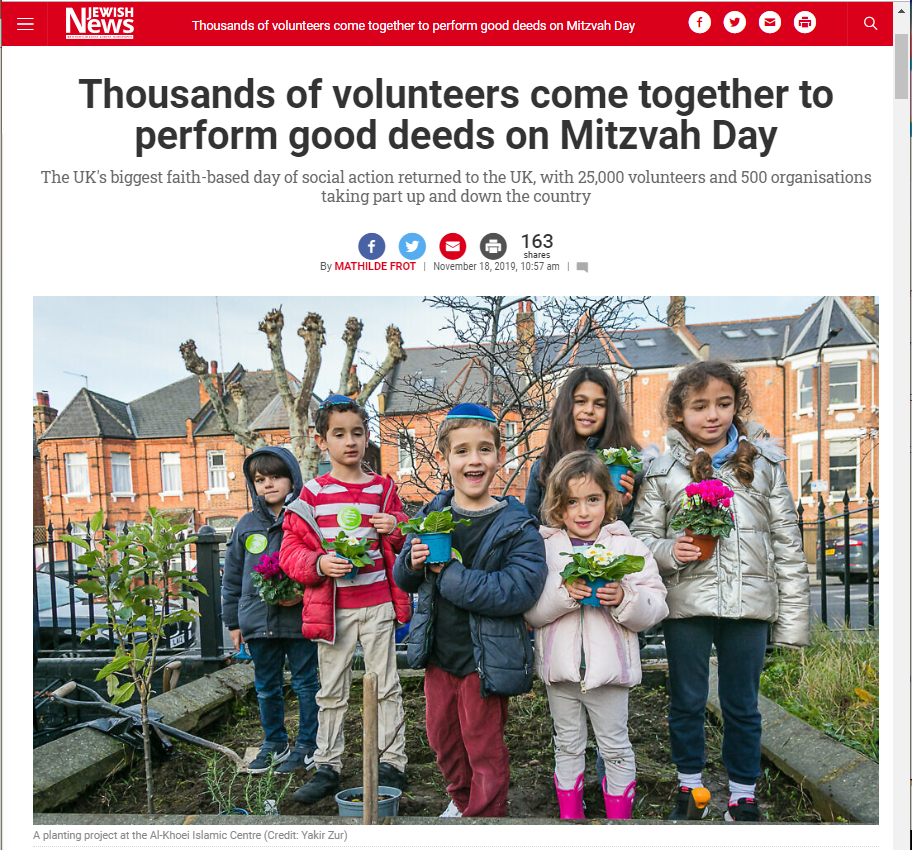 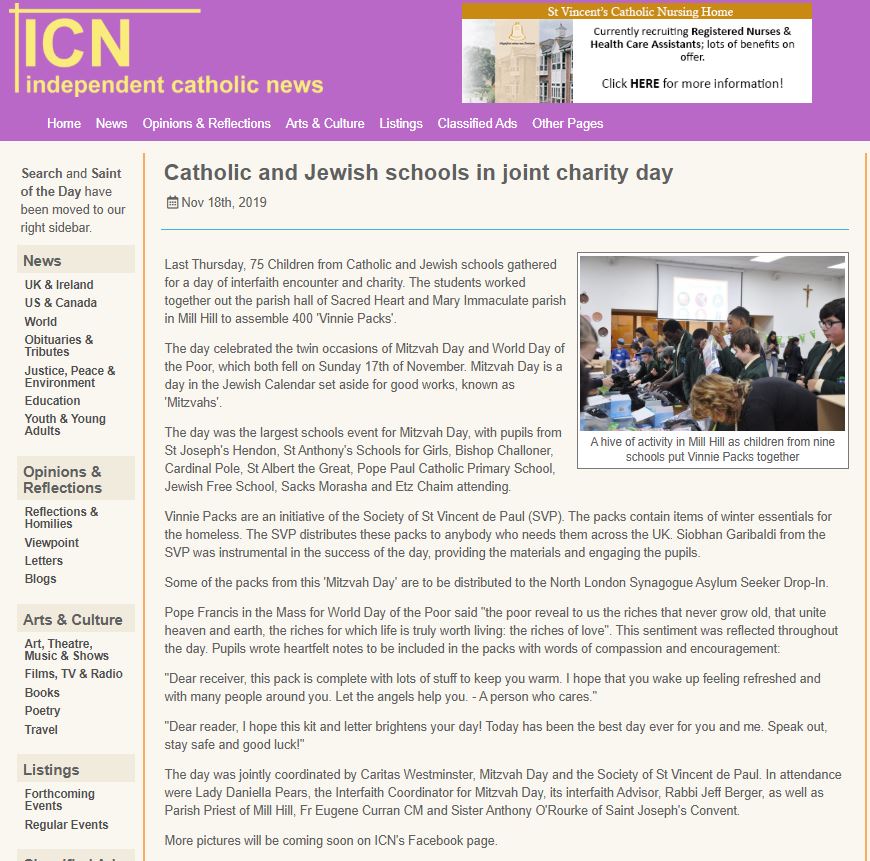 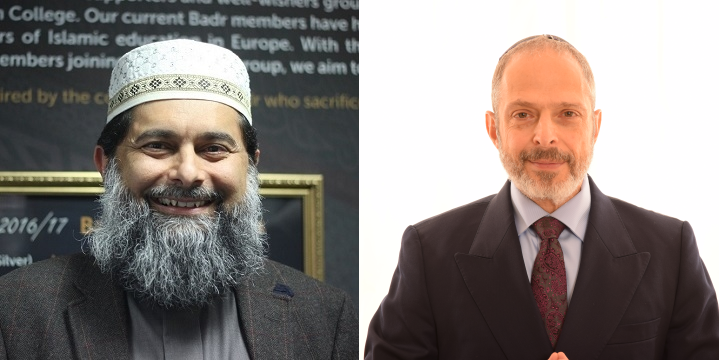 To mark Inter Faith Week and ahead of Mitzvah Day – which this year has a green theme – religious leaders from five different faiths will be addressing the dire ecological crisis we face across the globe, drawing on scripture in their calls for urgent action.

In our first piece, which also appears in this week’s Jewish Telegraph, Rabbi Jeff Berger and Shaykh Ibrahim Mogra give the Jewish and Muslim point of view:

The earth, according to both Jewish and Muslim traditions, was created by G-d and entrusted to humanity. A single guardian couple, Adam & Eve, has now expanded to more than 7.8 billion people. The dynamics have changed dramatically, but we are at risk of destroying the very habitat that supports our human life.

There are few things that can impact all of humanity – regardless of race, religion, culture or ethnicity – as much as ecological collapse.

In the Genesis story of Creation (Chap 1:28), man and woman, while still in the Garden of Eden, are commanded to be Fruitful and Multiply. But in the re-telling of the story (Chap 2:15), the first man is charged to Serve and Preserve the Garden.

The Jewish cycle of festivals is built around an agricultural calendar. Our weekly cessation of labour, on the Sabbath, benefits humans and livestock alike.

In the Torah, G-d tells Moses to instruct the people to treat the environment with care. Landowners are annually obliged to share their bountiful harvests with the poor, widow, orphan and stranger – the dispossessed, so that they too are looked after. They also must let their fields rest every 7th and 50th years. Separately, the Torah commands us not to unnecessarily destroy nature.

In the later interpretive writings of the rabbinic period, we have wonderfully rich passages charging us to maintain G-d’s work, the earth, for “if you destroy it, there’s no one to repair it after you.”

We also have the 1st century BCE story of Honi the Circle Maker who saw a man planting a carob tree which would take 70 years to reach maturity. He asked if the man expected to live so long to see it bear fruit and was told “just as I found trees my ancestors planted, so this is being planted for generations to follow.”

The carob tree planter’s story resonates with the words of the Prophet Muhammad (peace be upon him). He said: “No Muslim plants a tree or sows seeds and then a bird, or a human, or an animal eats from it but that it is a charity for him.”

He also strongly emphasised the importance of planting trees, saying: “If the Day of Judgement were upon one of you and he has a sapling in his hand, then let him plant it.”

The Qur’an says that the human being is G_d’s steward on earth and has been given dominion over the creation. Every human being is a trustee of this fragile planet. The duty and responsibility of this trustee is to preserve and protect it for us and for future generations, and not to dominate and destroy it.

Perhaps the best way to express the relationship between human beings and the planet is that we are in a position of stewardship to Nature.

So what can we do?

First, learn more. Understand where the harmful impacts are coming from and how to reduce them.

Second, let’s stop ignoring or denying the severity of the problems.

Third, let’s begin an honest assessment of our conduct to see where we can make possible changes.

Left as is, the trajectory of our decisions and consumption patterns will accomplish the opposite of the generation of Honi the Circle Maker.

We will be negligent in our duties of stewardship for this magnificent planet with which the Almighty has graced us, and little or nothing will remain for our descendants.

As faith leaders, we believe it is our responsibility to share a message of great concern and to promote a movement for increased awareness and responsibility.

Please join us, on Mitzvah Day and every day, in helping to change our habits.